For Elise Klawitter, her experience with Encompass World Partners is coming full circle. She is preparing to embark on a Gospel work journey that is both familiar and entirely new. 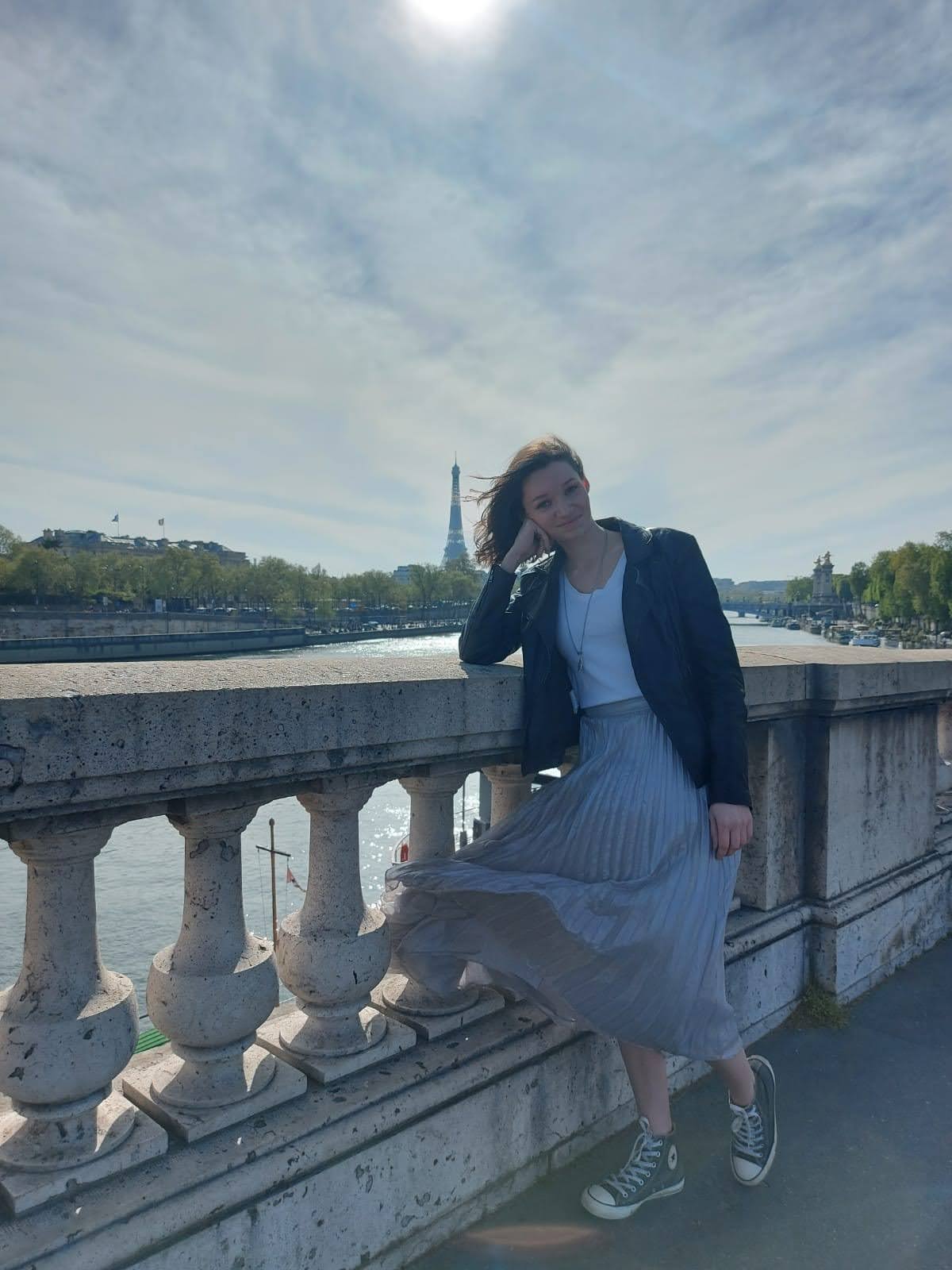 Born in France to global worker parents, Elise has spent most of her life in the mission field. Her parent’s journey began shortly after college, where Paul and Louise met each other and came to a saving knowledge of Jesus, when they both felt called to minister in a French-speaking country. After a short-term trip through Encompass (known as Grace Brethren International Missions at the time), they moved to Dijon, France, to plant a church.

“I grew up with that church,” Elise said. What began as a small group meeting in the family living room has grown into a congregation of 150 attenders, and Elise had a front row seat. Her dad served as pastor at that church for more than a decade before handing it off to a trained local pastor. The church is now entirely run by local French men and woman, but Elise’s parents are still active members.

Despite her upbringing, Elise never considered missions as her path in life. “I loved that my parents did it, it was great for them. But I never thought it was for me,” she said. But God worked through her life experiences to open her heart to the idea of missions through creativity. “I learned being a missionary is more than just church planting.”

Elise received a Bachelor’s Degree in literature and liberal arts and an MBA in international travel. “I didn’t know what it would look like or how I would use it, I just kept studying what was interesting to me,” she said. After graduating she got an internship in communications and marketing. “It was my first experience in that world, but I loved everything about it. It was creative, visual, analytical, and pragmatic,” she recalled.

After three years of working in corporate marketing and communications, Elise reached the point of asking, “How can I use marketing and communications for a higher purpose?” She transitioned into the nonprofit world where she spent the next six years at the French branch of Compassion International in Paris. “I was doing what I loved while furthering the Gospel,” she said.

After eighteen months of extreme lockdown and isolation during the pandemic, Elise came to the conclusion that she needed a change in order to keep growing. She was already serving on the board of the Château de Saint Albain, a ministry of Encompass World Partners, and wondered if she could do that fulltime. She reached out to Encompass and began a conversation about what it could look like to use her talents, interests, and experiences for further Gospel impact. “Missions can look like so many things,” she said. “It’s not just a pastor or ministry leader. God can use your passion and interests for His Kingdom.”

Elise connected with the director for Encompass’ Transformation Works network, a branch of Encompass that focuses on using creative means to reach the least reached and works in contexts where church planting isn’t a feasible first step for outreach. Through creative and strategic thinking, Elise will partner with ministries to help them strengthen and grow. She will help ministries assess what’s working, what’s not working, and what can be improved and together they will develop a plan. She will be based at the Château in France, but will travel to other projects, such as fairtrade coffee shops in Asia, to assist them.

“Everything you love God has placed in your heart,” Elise said, “and it can all be used for His glory because it reflects an aspect of Him.”

Elise is currently finishing a seminary program at Gordon Conwell Theological Seminary in Massachusetts in theology, intercultural studies, and global leadership while continuing to connect with partners. She will then have pre-field training with Encompass this fall and hopes to be back in France serving by the end of 2022. Elise will be the first person sent out from her home church in Dijon. “I got to watch this church grow up, and it has now transitioned from being a receiving church to a sending church. I have the honor of being the first person they send out!”

This article was originally written and distributed by the Charis Fellowship.

After sharing Jesus with people in England for ove

Regional instability and the effects of war have d

It has been a full month since Fort Myers, FL was

By early 2023, a global food shortage is expected